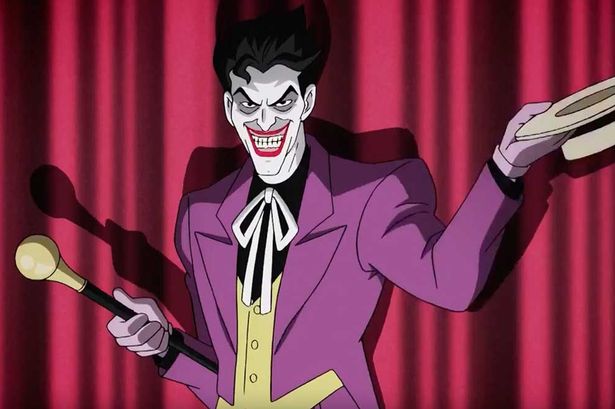 There’s no arguing that Alan Moore’s Batman: The Killing Joke is one of the defining graphic novels in the history of Batman in how it has shaped our modern perception of the Dark Knight’s ultimate enemy, The Joker. (I know there are some of you out there who would argue this. Don’t.)

Guided by Moore’s sophisticated writing, The Killing Joke first tried to establish a definitive backstory for the Clown Prince of Crime and took readers on a deeply upsetting journey through the dichotomy of good and evil, and the fragility of sanity after “one bad day.”

But for all the story’s wonderful things, parts of The Killing Joke have not aged gracefully since its 1988 debut. In particular, the treatment of Barbara Gordon/Batgirl is still highly controversial and has become a prime example of how not to utilize women in a then mostly male-oriented medium (translation: It’s kind of insulting to have them show up just to be crippled and violated).

28 years after it was released, Warner Bros Animation finally gave the green light for an adaptation they promised would stay true to the mature content of the original.

If this adaptation teaches us anything, it’s that maybe the classics should be left alone and that trying to fix the mistakes of the past can somehow make them seem worse.

First, the good. Batman: The Killing Joke comes to us from the producers of Batman: The Animated Series, aka still probably the greatest Batman thing ever. That means that not only do we have legends like Bruce Timm and Alan Burnett behind the camera, but we also are treated to return performances from voice veterans Kevin Conroy, Tara Strong and, of course, Mark Hamill.

In some ways this film version is a treat enough just to hear the likes of Hamill and Conroy recite Moore’s classic lines. As this is the definitive Joker story, it’s no surprise the Hamill turns in one of his best performances as The Joker. It’s a different, darker reflection of the character but it’s one that can still illicit goosebumps in several moments.

It’s clear every actor involved wanted to be part of this classic story and they all deliver.

On paper, a BTAS-backed Killing Joke adaptation would be an instant win. What makes it anything but is how the material is handled.

Batman: The Killing Joke isn’t one movie, it’s two. There is the classic Joker story that everyone has been pumped to see — which is interesting enough in its own right — and the extended prologue the filmmakers put in before it.

One drags down the other.

No doubt aware of the controversy surrounding the story, the filmmakers have added an additional 30-some minutes of new material to the film that chronicles the adventures of Batgirl prior to her horrible tragedy.

It’s admirable to try and make Barbara more of an element in a story known for minimizing her but the decisions here are completely misguided.

The opening half of this movie in no way blends with the main story, is not captivating and, contrary to what was intended, only highlights how unessential her involvement in the story truly is.

At its dark heart, this is the Joker’s story and had the opening tied in on that in some way, it would have been understandable. It doesn’t and instead plays like an extended apology for a touchy subject rather than a timely update.

Was it necessary? Maybe in some other place but not in this movie, especially when you’re still intent on keeping the source material’s gross ending where Batman and The Joker share a hearty laugh while Barbara lies paralyzed in a hospital bed.

The original Killing Joke graphic novel is great, flaws and all. This adaptation, when it works, captures some of that same demented spirit. But it made the major mistake of adding material that was not even comparable (or complimentary) to the original, which makes for a forgettable companion piece that often falls flat.