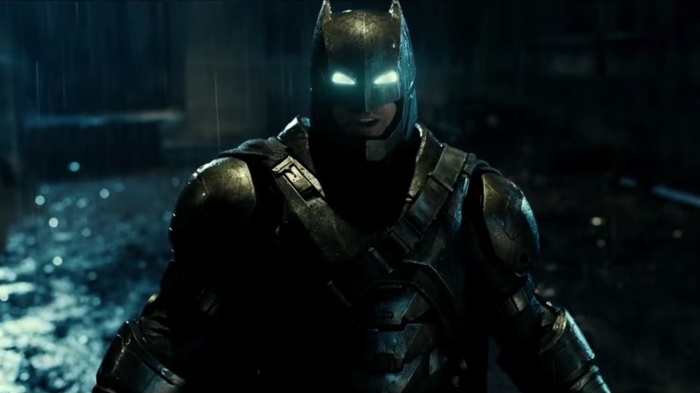 Batman v Superman: Dawn of Justice — the jumping point for DC’s shared film universe — was mired in negativity from day one. From casting backlash to flat-out hatred for the director, “fans” and film writers never held back in sharing their gripes towards with film before its release, creating an atmosphere of vitriol and frustration from the start.

The critical lashing the film took, in addition to its swift drop in the box office roster, can certainly be attributed to some concentrated disdain beforehand, but what about the film on its own (he says after spending two paragraphs talking about peripheral aspects of the movie instead of the movie itself)?

In an effort to break away from the same approach Marvel took in adapting its shared universe, DC and Zack Snyder chose to forgo a handful of set-up films and instead get to the juicy part where the universe’s heroes meet and worlds expand.

The result is a film that both revels in the glory of seeing these classic heroes on screen together, and suffers from one of the headliners being shortchanged in a film that works better as world expansion than as a concise, even story.

It’s not rare for an action blockbuster to end up running well over two hours, but when your writer hands in a script that’s equivalent to a four-hour cut, it might be time to pump the brakes. Batman v Superman is jam-packed with material — not all of which jives — and ends up being a movie that’s more a sum of its parts.

While the visuals, score, mature themes, new characters and a certain gonzo performance all should be praised, the lynchpin of the movie is absolutely Ben Affleck’s Batman. Brutal, imposing and complex, Batfleck is the most rock steady aspect of the film. Owing much of the interpretation to The Dark Knight Returns, Batman v Superman delivers what may be the definitive live action Batman/Bruce Wayne performance — an aspect that gives not only hope, but excitement at the thought of his continued presence in this universe.

And the other guy? After this film he might be in need of a course correction. Superman’s depiction in Man of Steel was refreshing: a conflicted savior figure trying to find his place in this world. Here, he’s just kind of … there, while everyone reacts to his presence. This really is more of a Batman movie than anything.

While there’s certainly a notable event that happens to the character here, Batman v Superman feels like a missed opportunity for Superman to evolve into a richer character, whereas he instead seems intent here to out-gloom Batman.

Superhero movies are allowed to explore more weighty concepts and should be encouraged to do so. That doesn’t make the movie “no fun,” unless you’ve been conditioned by a constant stream of comic book movies that abandon dramatic heft.

What’s understandably more divisive is the handling of the material. Snyder is not one for subtlety and Batman v Superman approaches the story with aggressive bravado. But the movie’s immense scope and serious attitude aren’t unwarranted. These are two of our most iconic figures in culture meeting on screen; this is like a modern-day opera with all the high emotions and sound and fury that can be mustered.

What can actually be integrated in the universe’s approach going forward is the concept of “dark, not mean.” Snyder seems to revel a little too much in pushing heroes towards non-heroic acts (not to mention just general cruelty) in a way that doesn’t seem genuine to the world.

We see the characters here at low points — Batman growing more vicious in his crusade from loss and Superman embattled on all sides for trying to do what he feels is the right thing — but don’t get the sense that they’ve entirely set themselves on a more righteous track by the end.

Woman Woman, meanwhile, doesn’t need any adjustment because everything is great with her. The set-up for a solo film looks promising, even if her introduction is all part of the studio’s grand universe-building plan.

A little less clear is how Jesse Eisenberg’s Lex Luthor will factor moving forward, as the actor’s fresh take on the character was an odd, sometimes annoying, sometimes endearing change of pace from the darkness of the rest of the movie.

While the concept of moving forward in a franchise shouldn’t be the main thing to talk about for a film itself, that’s kind of the point with Batman v Superman.

Essentially a set-up for bigger things to come, Batman v Superman squanders some of its potential as a great stand-alone film but makes up for it with strong internal elements that are at least thought-provoking, and at most engaging that should continue to pay off.

After all, it’s a franchise world and we’re just living in it.