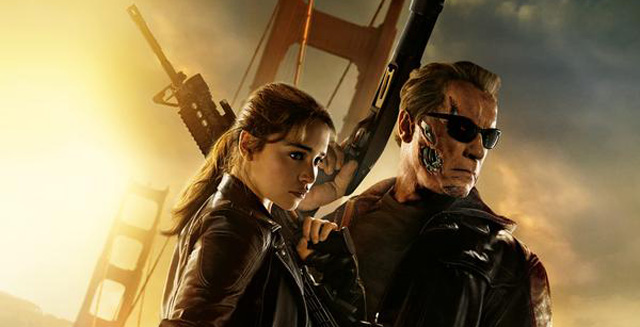 First thing’s first: Terminator Genisys is not a great movie, especially when held up to the first two films in the series. The story is incoherent, there’s an over-reliance on visual effects and the John Connor twist they gave away in the trailers is only half baked. Like I said, not a great movie.

And yet, damn it, did I have more fun with this one than I anticipated. If you’re going to bastardize a beloved franchise known for its hard-edge dystopian grit and turn it into a fluffy, PG-13-friendly summer action franchise, there are worse ways to do it than Terminator Genisys. The stars are likable enough with what they’re given and the action sequences (of which there are many) are competently, often thrillingly, choreographed to actually comprehend what’s happening.

I can’t speak for anyone with a great affinity for the original movies but as someone with appropriately adjusted expectations, the film delivered enough to actually be fun. Like Jurassic World earlier this summer, Terminator Genisys is cinematic cotton candy: light on depth but fun while it lasts. 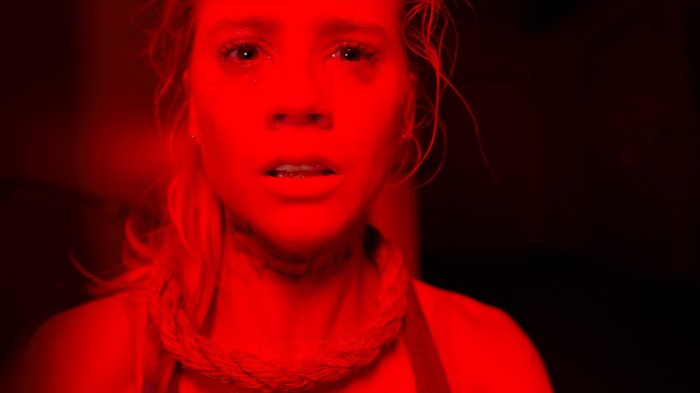 The mere concept of The Gallows has enough promise to get excited over. School ghost stories have a certain mystique about them that hasn’t been tapped back into for far too long.

However, if you’re looking for a movie to do something unique or even moderately satisfying with the concept, steer very clear of The Gallows, as it is a film that makes horror fans hang their heads.

Another in the long line of cheaply made found footage horror flicks, Gallows starts off on a major wrong foot by having our main character be the most detestable high school asshole imaginable. After following this horrible human being for the better part of half an hour, we’re rewarded for our patience with cheap jump scares, frantic camera work to disguise an absence of suspense (and/or money), and a phenomenally bad twist ending.

The film’s saving grace is that it is mercifully short, likely representing all the budget could muster. In all honesty, movies like The Gallows are the death of good horror: micro-budget projects that studios shit out with no care or quality so they can claim exponential profits at the end of the day. It’s high time a noose was put around this wretched practice. 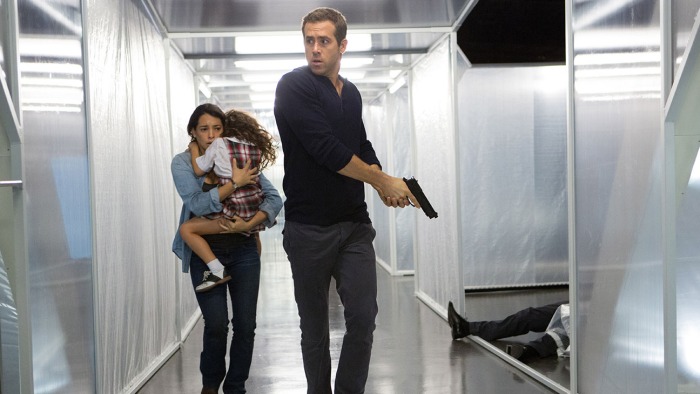 In the right hands, the concept of switching bodies can be made into any number of fascinating, thoughtful, and even exciting stories. With Self/less, the central idea is wasted on a film so bland it seems intent on putting itself to sleep after the audience has all but konked out.

Director Tarsem Singh, normally known for his elaborate visual style, guides Self/less with all the panache and flavor of a bowl of oatmeal. Every potentially interesting story beat is left hung out to dry by a creative team that seems genuinely apathetic towards the material, opting instead for repetitive chase scenes that play as equally uninterested.

Ryan Reynolds continues his streak as a fairly charismatic leading man who can’t catch the right break. His and Ben Kingsley’s presences are two of three things that win the movie points. The other is whatever story ideas you get to imagine for yourself that the film didn’t play upon.

This summer seems to have been especially empowering for women (well, as much as Hollywood can be). With Mad Max, we had a strong view of women as people, not things, embodied by a heroine who can hold her own with the male lead. Pitch Perfect 2 saw the second highest opening weekend by a female director at $69.2 million, with a vast majority of that number made up of female audiences. Spy completely subverted a mostly male-led genre and was all the funnier because of it.

And finally with Trainwreck, Amy Schumer showed us women can turn the tables and make female-led rom-coms that are just as familiar and uneven as the male-led ones.

Lest that last sentence sound too jaded, it’s important to note that 1) Judd Apatow actually directed this movie and 2) the film actually is quite funny in spite of that first point. The regular problems of Apatow films remain — the film is entirely too long, showing an inability to cut enough fat to make a concise comedy that pops, while also veering between comedy and drama not always successfully — but there’s still plenty of gold to mine from Trainwreck.

As with basically every comedy, the humor here can sometimes be uneven but Schumer is a charming lead and there are several instances of laughing so hard you need to catch your breath. A particular callback to The Exorcist took extra time to recover from. Sure, the whole story is completely familiar, with just a switch in perspectives, but I’ve always said familiar material can still be great if approached right. Trainwreck‘s approach is solid and the results, while varied, are worth marking as a win. 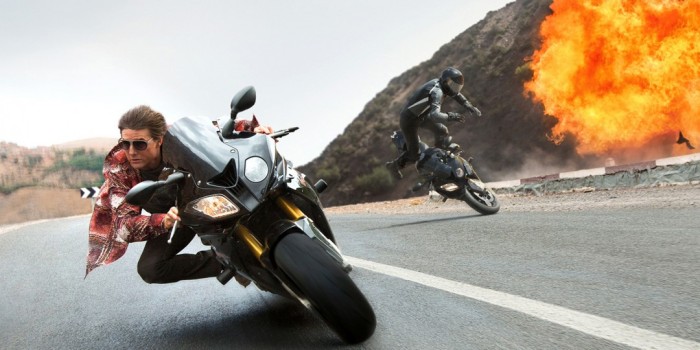 Though the franchise started in the ’90s, I will continue to consider the Mission: Impossible films a hallmark of the last four years, due solely to the fact that that is when they became great.

While Rogue Nation may not be the most boisterous or broad entry in the franchise, it’s most certainly a thrilling, well-crafted adventure that will keep our interest piqued. Cruise still makes these films pop as their lead, while the supporting cast continues to bring their individual strengths. The major stunts of the film (this time around consisting of hanging outside a plane, a high speed motorcycle chase, and an underwater heist) are awe-inspiring and masterfully crafted, though the highlight of the film may be an extended opera sequence that steals the show.

Tonally, the movie feels like a blend between the larger-than-life objectives of the latter films and the more restrained espionage aspects we saw in the first movie, giving Rogue Nation a particularly unique tone in the series. Helping the film to shine this time around is the presence of an interesting and fleshed out female lead in Rebecca Ferguson, and a solid villain in Sean Harris.

Only the end falters, feeling rushed and uncertain of how to conclude after a more personal outing. Luckily, it’s more abrupt than disappointing, leaving the door open for more exciting installments after this one. 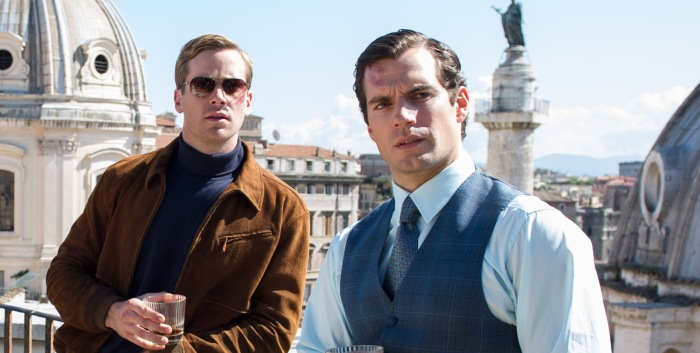 Every summer seems to have a dark horse movie that shows up, with little to no attention or anticipation before its release, and turns out to be a complete blast. Last year it was Edge of Tomorrow (or whatever they’re calling it these days). The year before, World War Z. This year, The Man from U.N.C.L.E. takes that prize.

Director Guy Ritchie has a reputation for being fairly style over substance, and Man from U.N.C.L.E. is no exception. Ritchie’s full intention was to create a film that threw back to the spy films of the ’60s, which included a fairly standard plot we’ve seen time and time again.

But that’s not what makes U.N.C.L.E. worth seeing. The plot gives way for Ritchie to create the summer’s slickest, coolest, funniest ride. Every single minute of this film has some infectiously fun aspect happening, whether it is the sublime banter between Henry Cavill and Armie Hammer, some excellently edited sequences or Daniel Pemberton’s amazing score (which, together with the songs of the film, easily claims bragging rights as the summer’s best soundtrack.)

Though it didn’t make a huge splash in theaters, I’m confident audiences will discover on home video that The Man from U.N.C.L.E. is one of the summer’s most entertaining offerings. 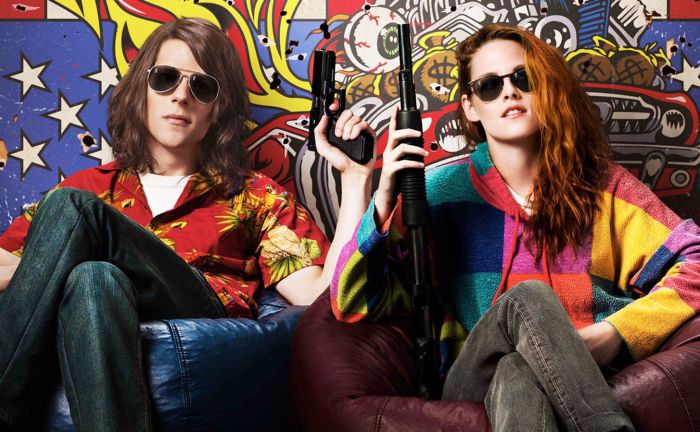 American Ultra was a film that I was genuinely curious about and totally willing to go along with its silly concept. Conversely, American Ultra is now a film I can barely keep from forgetting, almost being omitted from this piece for that very reason.

In a film about a stoner sleeper agent, who’d have thought the most interesting thing was the pairing of Jesse Eisenberg and Kristen Stewart? The two have honest-to-Jeebus chemistry and are able to ever-so-slightly elevate material that is otherwise completely boring. For an action comedy, there’s very little to laugh at and almost nothing to be thrilled by. No one says stoner action comedies can’t be totally self-serious but this film is certainly an example of why no one should try it again.

Aesthetically speaking, there’s nothing pleasing about the film either. Scattershot action with copious CGI blood against the backdrop of dreary West Virginia is hardly exciting.

There’s certainly a sweetness to the story between Eisenberg and Stewart and the two actors do all they can with it; unfortunately, it’s entirely in the wrong movie.