Or, “The List of Doom that keeps on Growing”

I’ll be honest, I’m completely fascinated by the waves of reports chronicling the behind-the-scenes turmoil on the recent disaster we know as the reboot of Fantastic 4.

Yes, I really wish every film could be a knockout and take no pleasure in a film’s repeated embarrassment. But my god, the juice flowing from this particular kill is more dramatic and harrowing than movie surrounding it!

At very least, this Tinseltown story is a particularly revealing lesson in pride and vanity that helps illuminate why the film we have now is such a train wreck.

Therefore, I have compiled a list of the most recent reports surrounding the tumultuous making of Fantastic 4. And to address the headline of this piece, the answer is almost immediately. 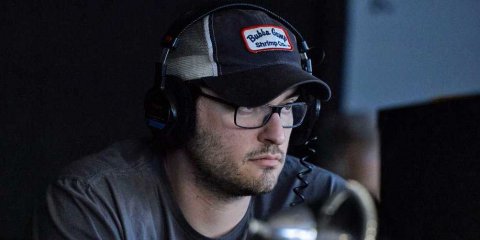 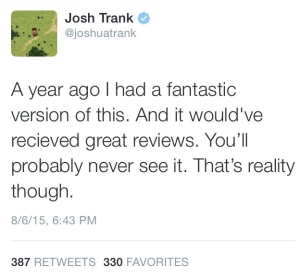 Clearly there’s a lot of fault on both sides, as this was a project with a lot of cooks n the kitchen. However, given what we know now, the story is shaping up to look more and more like the studio cut lots corners on a dispassionate legal project and ended up with a worst-case scenario with Trank’s direction and attitude.

Whose side are you on? Is this Fox’s fault for being stubborn and not caring enough? Or did the director’s lackluster ideas and terrible behavior tank the film?