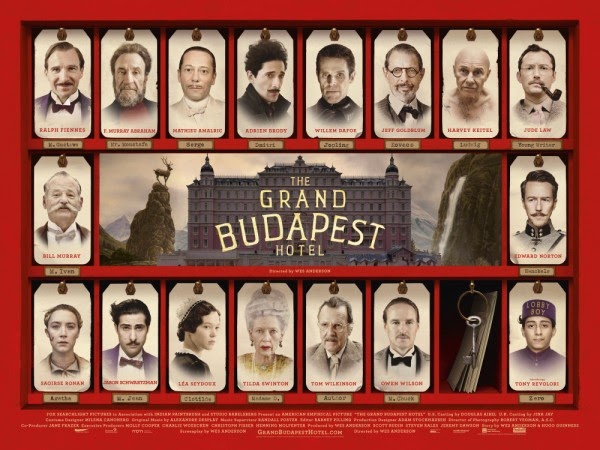 There’s no substitute for a good story — not a perfect cast, not a moving score, and especially not 4,500 visual effects shots. Wes Anderson’s latest not only preaches the wonder of a great story, it features one of the most unconventionally told tales told as of late.

Told from the words of an aging writer (Tom Wilkinson, Jude Law), the life story of the mysterious Zero Moustafa (F. Murray Abraham/Tony Revolori) is recounted, particularly his younger years working as a lobby boy in the extravagant Grand Budapest Hotel. There, he meets a most unusual mentor, Gustave H. (Ralph Fiennes), the hotel’s concierge and an effeminate charmer of elderly rich women, who is accused of murdering one of his longtime acquaintances.

For a while there, I was afraid Wes Anderson was going down the Tim Burton road. His early works (Rushmore, The Royal Tenenbaums) are undoubtedly awesome but his most recent film, Moonrise Kingdom, reeked of being a vanity project that only appealed to him and his regular collaborators. That sounds better than throwing bad child actors under the bus, right?

Conversely, all of Anderson’s best qualities are on display for Grand Budapest. The sheer joy brought by watching Anderson craft zany, extreme environments and situations and fill them with characters who are just a little too casual finally returns. The director’s signature playful camera work weaves between shifting aspect ratios for each timeline while the aesthetic of the bright pink lodge pops off the screen. Almost every second of Grand Budapest is filled with subversion and mischief, almost to a dark degree (there’s a surprising amount of murder for an Anderson outing), and all 100 minutes could not be more enticing because of it.

Here, all the Anderson-y goodness we’ve come to expect is focused like a laser in order to best tell the story, not the other way around. Even while juggling three storylines and a nice helping of wacky comedy, the charm of the movie is never strained, nor the movie’s deeper moments lost. Deliberately hidden under the craziness are moments of genuine melancholy that sneak up and resonate with tuning fork-like precision.

But the bright, pastel frosting on the cake must be Fiennes’ performance. Anderson and Fiennes build an exceptional dialogue rhythm with Gustave that uses profanity to its fullest. (Yes, not many films can boast using expertly timed swearing — Grand Budapest is one.) Just when you think this man couldn’t be any suave and sophisticated, things end on a hilarious turns as he compares train car brandy to cat piss or telling a dead woman he wants some of her makeup.

That’s just the magic of Grand Budapest: nothing is content to be basic — everything subverts your expectations. Anderson tops even himself in creating a films that looks unlike any other. The film’s dark comedy comes from unexpected dialogue turns more than broad shtick. Above all, story comes first as we’re treated to a well-rounded tale that is fit to be tied in weirdness. Grand Budapest is charming and effective in all the odd ways and hits home with great panache.