So, a subtle dig, a plot device and a cartoon walk into a Spider-Man movie...

After its second week in domestic theaters, The Amazing Spider-Man 2 was already labelled as a failure. With waning intake and less than stellar reviews (ASM 2‘s 54 percent on Rotten Tomatoes is a little upsetting compared to Spider-Man 3‘s 63), the movie is still making a pretty dull splash.
Which is a shame because, despite its obvious problems (and there are several), the film still manages to be a lot of fun and delivers the most entertaining Spider-Man sequences yet.
While most of my issues came with story and studio involvement, it’s come to my attention that many people are singling out the villains of the piece and making some dreaded comparisons to Raimi’s final Spider-Man film (not ok, guys).
Full disclaimer: I do not think the villains of The Amazing Spider-Man 2 are perfect — far from it. However, in looking at how recent Marvel Studios films have been handling their villains, or even the most recent Spider-Man films, it seems wrong to glide over the more admirable decisions made with the characters. 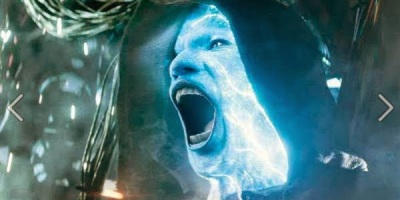 Everybody’s favorite punching bag. So many Schumacher name-drops with this one it hurts.

From the moment it was announced Electro would be the main villain of this sequel, it was a little confusing, seeing how Electro was never known for his amazing depth. Essentially never progressing beyond a bank robber bestowed with electrical powers,  the sky was the limit in creating a character around Electro. What they went with was derided but why is a tad conceited.

The one Schumacher reference that is acceptable is in the one-liners Jamie Foxx is given. “It’s my birthday, time to light my candles” is a true blast from the past to superhero movies of yesteryear. Like, before they thought they had to write realistic dialogue, yesteryear.

The rest of the anger is geared towards the Riddler-esque origin story that draws so many comparisons. There’s a bunch more to be said on this later, but for now, let’s just point out that so many facets of Electro’s origin and motivation make an effort to differentiate themselves from former Spidey villains. He’s not an ambitious scientist who acted as a father figure to Peter Parker — he doesn’t even know Peter Parker. He’s just a poor shlub with a raging inferiority complex who had a hell of a day, got extraordinary power and decided to take it out on others because of his mistreatment. Say what you will, but at least it’s believable.

Electro is a truly cinematic villain. Even though the character is on the back-burner for a good chunk of the film, Webb finds some truly awe-inspiring ways to have him occupy the screen. More than one sequence in the third act was jaw-dropping in the sheer scope of this character’s imposing power.

The real fun in this character’s core is when you start looking at him in a way that breaks the fourth wall, specifically in relation to “hardcore” Spider-Man fans. Max Dillion/Electro, in many ways, can be taken as a dig against a poisonous faction of the Spider-Man fanbase that works against the good of the character. After Spider-Man comes in contact with Max Dillon by saving his life, Dillon becomes obsessed with the hero, believing they are best friends. When things go wrong for the downtrodden geek, Max is finally given some power to shape his life. Problem is, we soon see he’s not the most sound person out there and decides that if he can’t be the most important person to Spider-Man, the world can’t have Spider-Man.

Fandom is a very tumultuous thing that is fraught with emotions and entitlement. The sad thing is that, while certainly exaggerated, Webb and company may have tapped into some of the more unattractive aspects of Spider-Man fans than they probably intended with Electro. Like many others, fans of Spider-Man have showcased some awfully frustrating behavior since this series started. Some have their own unwavering expectations of the character and do not react well to any minor changes. Worse is the feeling that there shouldn’t be any more Spider-Man unless it’s their Spider-Man. Like a “patriot” who doesn’t recognize their country, there are indeed fans who work against their own beloved franchise being produced. What better way to frame this damaging idea than having the supervillain be a proponent of it?

Keep in mind, this is total rambling from someone who thinks way too much about this stuff, but it’s a layer of context that can give you more appreciation of a scorned blue guy shooting lightning at a dude in spandex.

It’s not the most popular opinion but the Green Goblin is one character I think was due for a redo. Yes, it’s a lot to keep track of now, with ASM 2‘s iteration being the third screen Goblin in 12 years, but the original Spider-Man‘s portrayal wasn’t done justice and Harry in Spider-Man 3 wasn’t any sort of recognizable Goblin at all.
So was this the Goblin we’ve been waiting for? Well, let’s just say they’re getting there…
Everything about this Goblin should be right. His look is perfectly gnarly and Dane DeHaan plays Harry with a charming creepiness that sets up his fall into villainy from the start. They’ve got two of the biggies down with the right look and a great actor to play him. Now if only there was a good reason for him to be in the movie.
There’s good stuff going on with the Green Goblin but the only reason he’s in the movie is so that we can have the ending that was foretold to happen eventually. And what a hard-hitting, heartbreaking ending it is. The set up was nice but the payoff felt obligatory. For a monumental villain like GG, it feels like it needed to be more. The fact that he goes down like a punk after a two-minute fight didn’t help matters any.
[At least they had a reason for him being there beyond “the fans want to see him”.]
The redeeming factor to all this is the promise that DeHaan’s Goblin will have a presence in the upcoming movies, assuring us this isn’t a one-and-done for the Goblin. Like I said, they’re getting there.

For as cheesy and over the top Alexiskspow8geb / Paul Giamatti is as the Rhino, I must say that, of the three, this is probably the best utilized villain in the movie. Rhino, more so than Electro, has never been a font of depth. As a perpetual tank Spider-Man goes up against time and time again, Rhino doesn’t hold a lot of water as a main antagonist. However, as a bookend to the movie, he works pretty well. A thwarted thug given a mech suit at the end is a good through-line to begin and wrap the movie and show where Spidey’s at. He’s the one villain that is used for the appropriate amount of time and that shows a little hope for the franchise’s future villainy.