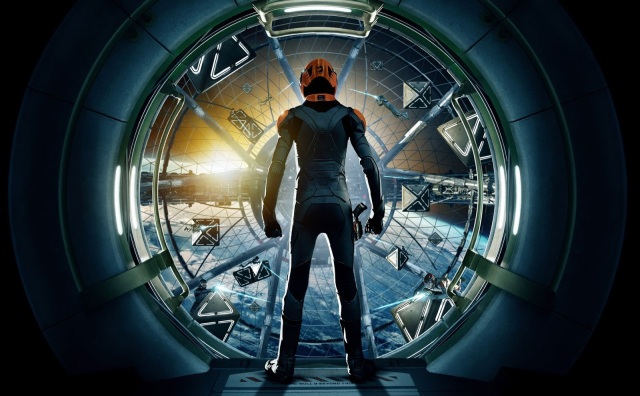 I want to say I’ve seen every movie out there but it’d be like saying I’ve smashed every wasp out there — you get a good number down then 30 from another nest you forgot about come and deal you bloody vengeance (it’s wasp season, if you didn’t pick up on that).

There are countless movies from past years that need to be looked upon but trying to catch all the movies in the theaters is challenge enough. Even then, not all can be viewed. Some you already know how they’ll turn out (Grown Ups 2), some you forget even existed (Red 2) and some you probably should have forgotten existed (After Earth).

Then there are the ones you say “No” to.

Beyond simply looking sub-par, these special examples transcend the medium and represent an actual attack against humanity and all things good. The only response is to avoid any physical contact between it and your money.

Through little fault of it’s own, Ender’s Game is now one of those examples.

The story itself is far from being the issue here. A beloved sci-fi classic, it tells of a futuristic Earth under attack from invaders that turns to children to be the next wave of ruthless, brilliant soldiers in the fight for the planet. Sci-fi fans continue to go nuts over the book to this day and it’s not because of its hot-button issues (taking place hundreds of years from now and all).

The viewpoints of the book’s author are another matter entirely.

Orson Scott Card has been more than vocal about his viewpoints on homosexuality and gay marriage in the past, for which you can read a good summation of them here. Long story short, he goes into a delusional rant  disguised as a thesis on how the teaching of heterosexuality and other “traditional values” will be stamped out if gay marriage is legal and how homosexuality should be strictly outlawed in society.

This is not a case of “I thought that then but have since soften with the times” either, as we’ve started to see with this issue. Card has stuck by these opinions since his statement in 1990 and perhaps even intensified his crusade.

There was always bound to be controversy when the movie was announced, and while Summit tried to sweep it under the rug by stating Card was simply a “consultant” or such, it wasn’t until just recently that GeeksOUT started a “Skip Ender’s Game” pledge asking for fans to keep their money far away from Card.

Card’s response to this petition was essentially “let’s hope the gays finally show some tolerance towards homophobes now that they’ve taken over.”

There are always bound to be those artists you disagree with. I think Bruce Willis’ conservative beliefs lead him to take the money on every bargain-bin script he’s offered, but at least every now and then there’s something like Looper in the mix. Quentin Tarantino continues to be a childish, self-obsessed douchebag, but he’ll sometimes turn in an amusing movie. Frank Miller is a complete and total cock when it comes to many things, but… no, nevermind, I’m done with him.

The difference is that so few of these people I disagree with have such harmful and regressive views on other human beings that it makes them appear to actually wish for the world to look as distopian and uninviting as the stories in the genre they write for.

“Those who flagrantly violate society’s regulation of sexual behavior cannot be permitted to remain as acceptable, equal citizens within that society.”

This is seriously what this man believes in for other people. This is beyond having an asshole-ish opinion — it’s what it looks like to be inhuman.

Card has every right to speak his mind but as someone who gets his money from sales of books, comics and movie tickets, myself and others have the right to deny him that. Card may have been demoted to the boogieman behind the curtain, but in this case, paying to see Ender’s Game in any way will be the equivalent of wadding up a handful of cash, hurling it at Card and saying “I agree with you and all your bullshit!”

And so, four months from its release date, I’m removing my hat from the ring on going out and seeing Ender’s Game. Nothing is ever for certain, though. There may be some crazy situation where a friend may proclaim “Say, I love that one book written by that one repugnant shit-head. Let’s go see the movie,” and I may reply “Yes, I’ve put myself in a drunken stupor and am ready to go back on my principles.”

But let’s assume that doesn’t happen.

I’d like to think the movie won’t get any unwarranted exposure because of this (probably in vain) and that most of you would join me in skipping this one, but I assume you all can make your own decisions.

I’ll assume  the movie will turn out as it looks — the two kids from Hugo and True Grit will be good, Harrison Ford will be scowly, the dialogue will be stilted, the visual effects will be the best effort a sophomore studio like Summit can produce (as in, not that great), and people will once again come back to the truth that the book is always better than the movie.

But that’s all I’d care to do — assume. Life’s too short and there are so many other wasps to swat.