Ever since the first footage of Ridley Scott’s Prometheus debuted, it seemed clear it was not a light-hearted sci-fi romp. Scenes like these… 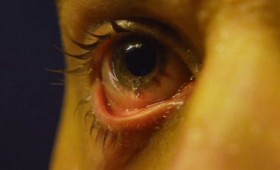 …didn’t exactly scream family-friendly (though there were screams). So speculation ran rampant as to whether the movie would be rated a hard PG-13 or R.

Now, advance tickets have revealed that Prometheus has indeed been rated R for “Sci-fi violence, including some intense images and brief language.”

This news has both a major benefit and possibly a major cost to the film.

BENEFIT: The movie will not have to water itself down. It will be able to tell the story it wants to, free from studio interference, and will likely end up all the more terrifying because of it.

COST: It likely won’t make all that much money. Alien fans and film geeks who appreciate all the clout the movie has behind it will rush out to see it, but the R rating closes off the possibility of a large audience going to see it. We are in an age where the PG-13 is king of the box office & R rated movies without Jesus being tortured or Keanu Reeves as a Jesus metaphor (inadvertently torturing the audience) only go so far in the horse race of grosses.

Only time will tell, regardless of whether it’s good or not, how much Prometheus will bring in.