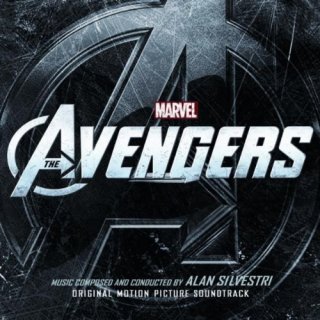 I recently hinted at my distaste of Captain America‘s score and how anti-excited I was for Alan Silvestri to score The Avengers. As it turns out, this score is much more appealing than I could have hoped for.

Silvestri’s most recent works haven’t been based in themes. That’s not to say he hasn’t made themes for his scores. Avengers features a solid theme glimpsed throughout before it ultimately is revealed at the very end. Hell, even Captain America’s theme peeks through here and there. It just means that he does not use themes as the ground work for his scores, like say Williams, Elfman, or Zimmer.

Instead, to make a generalization, his action formula consists of continuing one musical idea for about a minute — all of a sudden, “Bum Bum BUMMM” — optional silence — quiet build up before bursting into a new idea — repeat. This formula isn’t the worst thing when it’s accompanying a scene, in fact it usually works, but as a stand alone listen can be a little aggravating.

But the aspect that sets this apart from Captain America is the variety of sounds. I honestly can’t recall off the top of my head anything from Cap that wasn’t heavily textured cacophony or loud patriotic marches (equally heavy). With a different array of characters this time, much more musical range is heard.

“Stark Goes Green” features electronics that are germane to the character. “Helicarrier” admittedly sounds similar to “Sub Lift” from last year’s X-Men: First Class soundtrack, at least in how both are orchestrated, which isn’t necessarily a bad thing. “Subjugation” toys with some sinister sounds for Loki. And “A Promise” uses some peaceful sounding acoustic guitar to sooth the ears after half an hour of non-stop action. Even the piccolo makes an appearance in an action track.

Besides my preference for scores that stay on an idea for a decent amount of time, the only other criticism is that, for a movie of this caliber, it’s not as instantly iconic as it probably could have been.

But how memorable something is is more subjective than not. The score to The Avengers works well as an accompaniment and well enough as a stand alone listen. (3.5/5)